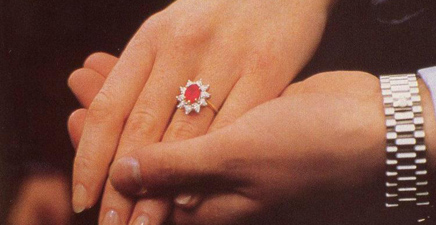 We know time is running out and there are plenty of you starting to worry because you might not have found exactly what you were looking for to give to that very important person in your life on December 25th!

Goodman’s Jewelers is here for you! END_OF_DOCUMENT_TOKEN_TO_BE_REPLACED

When the Swiss corner the market on something, they know how to keep a death grip on it. We won’t get into cheese or knives or offshore bank accounts today, but we can definitely tell you why Swiss-made watches have for so long been the “it” watches.

Let’s skip the long history lesson and jump to the no-yawn version: The Swiss pioneered watch-making, proved to be the best at it as far back as the 16th century, and have nailed the highest standards ever since. They’ve also had a big hand in creating and driving new timekeeping tech over the years, such as self-winding watches and electronic quartz watches.

But let’s be honest. It’s also about James Bond.

You know he takes his martinis shaken, not stirred, but did you know 007 takes his watches from Switzerland, not Japan? Actually, there was a stretch between The Spy Who Loved Me (1977) and Octopussy (1983) when he wore Seiko, but that era was a departure from authentic Bond. And, no, that’s not just opinion talking. In his book, author Ian Fleming specifically wrote a Swiss watch onto the wrist of his iconic character (as if his daily conquests and fantastic gadgetry hadn’t made it obvious Bond was private-jet material). By the time Casino Royale hit the screen in 2006, James was wearing another brand of Swiss watch, the Omega. He even name-dropped the brand during the movie.

Easily half the watches we carry are Swiss-made, but we didn’t stack our inventory that way to pay tribute to Bond. We truly hold in high esteem the brand legacy of the Swiss when it comes to keeping time. By “brand legacy,” we don’t mean merely the legacy of luxury brands like Omega, one of the world’s most recognized names. Nor are we talking only of other classic, high-end brands like Tavannes and Rado, whose histories go back a good century. We’re talking about the Swiss watchmakers’ ethic, in general, which over time has become a brand unto itself. We trust it.

If you’re experiencing Daylight Saving Time rage every time you look at your watch in the mornings lately, we’ve got an idea: How about a nice, new Swiss watch to break the time to you gently? Purchasing a James Bond–worthy watch pretty much says you’ve arrived.