On the breast plates of high priests, as the spoils of war, atop the heads of royalty, and even circling the nipped-and-tucked neck of Joan Rivers, the birthstone for August has quite a storied past. You might call her the “wild child” of semiprecious gemstones. She even has a stage name, “the evening emerald.” As the light dims at dusk, peridot actually appears to glow.

Pharaohs demanded peridot from their subjects, like mobsters collecting their pizzo, or protection money. It was one of Cleopatra’s favorites. Aaron, brother to Moses, wore it into battle. In the Middle Ages, Europeans proudly decorated churches and robes with peridot they had pillaged during the Crusades. In the late 1800s, Princess Isabella of Croÿ sported it in her tiara, five of the largest and most sublime yellow-green stones ever polished. Somehow that tiara and matching jewelry ended up in the safe deposit box of a royal descendant who didn’t give a hoot about wealth or lineage. Eventually bought in a Sotheby’s auction by a famous jewelry firm, the pieces were once loaned to Joan Rivers. Here she is sporting the necklace and earrings at the 2004 Golden Globes. 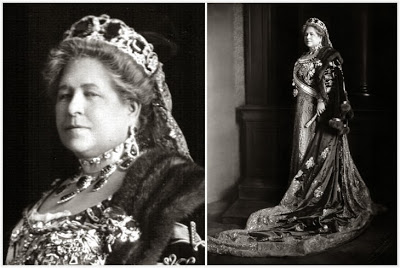 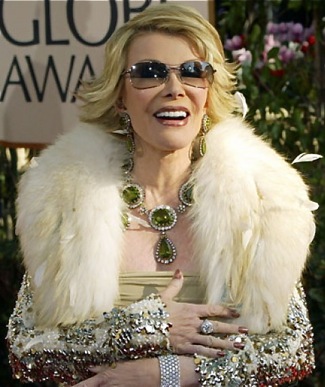 Until recently, an estimated around 90 percent of peridot on the market was mined from a lonely three-by-three-mile mesa in Arizona. Peridot Mesa is part of the San Carlos Indian Reservation, one of the poorest reservations in the country until about 20 years ago, when it opened a casino. To this day, only tribal members of this Apache nation are allowed to mine the mesa’s peridot. Few of them do. Gentle with their gemstones, they mine them mainly hardscrabble style: with hand tools like picks and pry-bars, chisels and hammers, rakes and sieves. It’s not Big Business. It’s family business.

Most peridot still comes from this region, but new crops of outstanding quality have been found along the border between Pakistan and Afghanistan, too. In fact, as these gemstones have moved into the market, peridot is enjoying a renaissance. Growing demand means a wider selection of designs. We’re even seeing it in wedding bands. (Princess Isabella and Cleopatra would approve.)

So, if you want a gorgeous gemstone with a wild heritage, a magical evening glow, and a price tag that doesn’t make you flinch, come see us. You don’t even have to have an August birthday—but it doesn’t hurt!

May does not disappoint the senses. You don’t have to look very far, not only to see, but

When we think of a gem our minds jump towards a particular stone, maybe it’s the month you

The one time of year when the spotlight turns towards you, and all the love you bring to

What do airbags, smoke alarms, fire-escape plans, and sapphires have in common? They’re all meant to protect your